It’s a huge honor to be nominated in all four categories – especially knowing that it’s YOUR votes that determined the nominees! Thanks to each and every one of you who took the time to show your appreciation for BBA by submitting your nominations earlier this Fall.

The deadline to cast your votes is Wednesday, December 31, 2014, so be sure to tell all your friends and show your support for BBA! Please remember to confirm your votes via email or they won’t be counted. The winners will be announced at a special ceremony in Atlanta during Martin Luther King Jr. weekend.

Posted by Michael on September 2nd, 2014 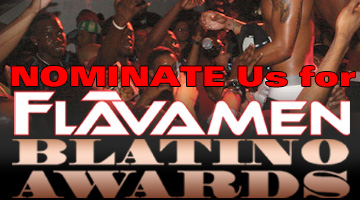 The deadline for nominations is September 30, 2014, so please show your support by nominating BBA today!

You will be sent a confirmation email before your nominations can be counted, so be sure to look for it in your “Spam” folder if you don’t receive one!