Every gay or bisexual male has probably lusted after an unattainable straight athlete at some point in their lives, wondering what might be swinging between his muscular legs and envying the females lucky enough to have felt it inside them. Even those of us who usually prefer a more dominant role have no doubt imagined, if only for a brief moment, what it might be like to trade places with a straight athlete’s girlfriend and feel his sweaty, muscular body between our spread-open legs.

This scene brings this fantasy to life for cute gay boy Dragon when he gets paired with Isaiah, an All-American college jock and formerly the star player on his high school basketball team. Tall, dark-skinned, and masculine with a deep, sexy voice, Isaiah is the scene partner of Dragon’s dreams. And the fact that he has a heavy, curved dick hanging between his athletic legs doesn’t hurt anything either 😉 !

Lucky for us, the cost of tuition has skyrocketed in recent years, bringing the big-dicked basketball player back for another “gay for pay” scene to help pay his bills. (I tell Isaiah to think of his work here at BBA as a kind of unconventional scholarship program, sponsoring his higher education in exchange for him expanding his sexual boundaries). And who better to guide our skeptical new “student” through his second attempt at fucking a guy than an experienced and skilled performer like Dragon? 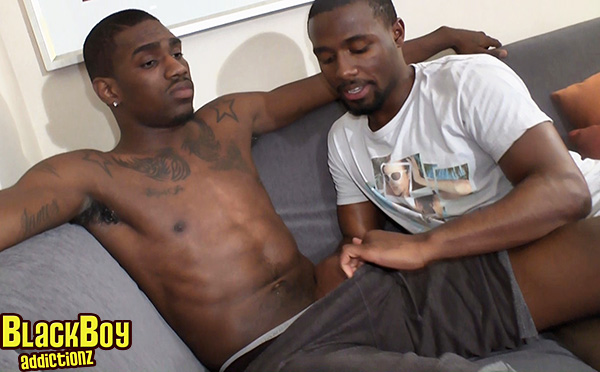 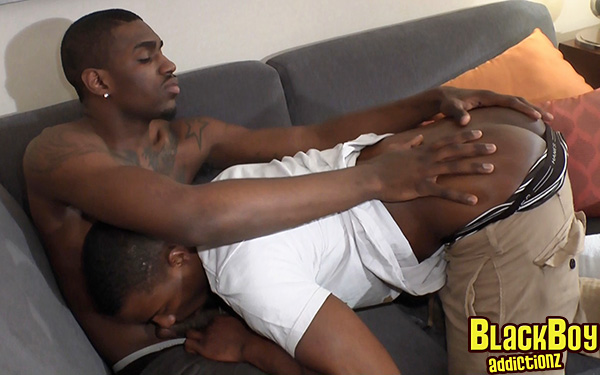 Dragon tries to help a very tense and nervous Isaiah relax by sensually licking his nipples and later DEEP-THROATING that massive, curved dick. You’ll have to judge for yourself, but I think the challenge of “turning out” a straight jock like Isaiah really brings out Dragon’s best oral skills!

Dragon later gives up his thick, juicy ass to that fresh straight-boy dick, showing the reluctant Isaiah just how good a guy’s tight ass can feel. Envy the popular BBA veteran as he enjoys every gay boy’s fantasy fuck, cursing and moaning and begging for more as Isaiah grabs him by the hips and pounds that round, juicy ass like it’s his girlfriend’s wet pussy….