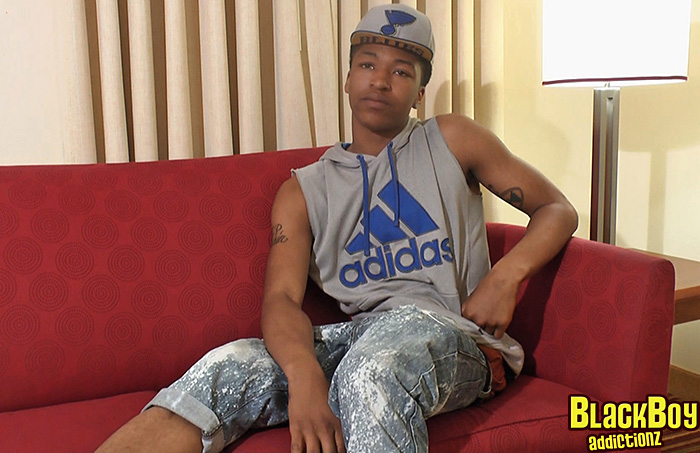 It’s a new year and we’re back on the hunt for fresh faces and exciting new amateur talent. Our latest discovery is a cocky and outgoing 18-year-old straight boy named Miguel who likes to rap, play basketball, and smoke with his friends.

A sexy mix between Puerto Rican and Black, Miguel seductively jokes that ABOVE the waist he might look Puerto Rican, but BELOW the waist is where it’s most clear that he’s BLACK 😉 ! 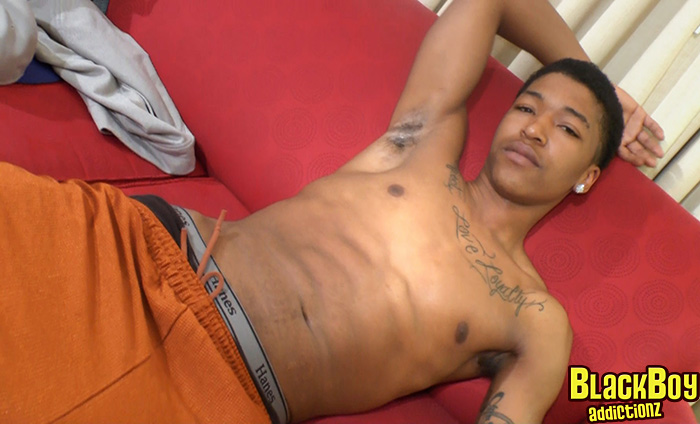 Miguel’s “audition” begins with an in-depth interview to get better acquainted with our newest straight recruit shortly after meeting him in person for the very first time.

In an irresistibly sexy young voice, Miguel shares a funny story about losing his virginity with the help of his older brother when he was only 11 years old! He tries to lie when I ask him how many women he’s had sex with since then, but eventually ends up confessing that it’s probably close to at least FIFTY by now. 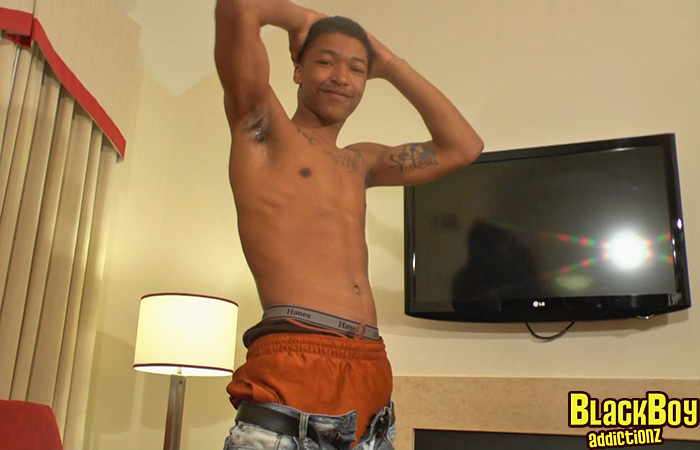 After an entertaining interview that will no doubt have you impatient and salivating to see Miguel’s clothes finally come off, it’s time for us to get to know this barely legal black boy even BETTER and see for ourselves why he’s so cocky and confident at such a young age!
END_OF_DOCUMENT_TOKEN_TO_BE_REPLACED