I’m finally back from a fun and restful summer vacation!

I spent most of the past couple weeks at my grandparents’ lake cottage in a very rural area, where I don’t think there was a single black person within a radius of a hundred miles, LOL! At least there were lots of cute, small-town white boys everywhere, usually strutting around in nothing but shorts or bathing suits, showing off their tight teenage bodies and deeply tanned skin. I love those cocky, straight, working-class white boys almost as much as I do the black boys, so that made the depressing non-existence of the latter at least a little more bearable 😉 !

It was great to come home to the exciting news that my videos earned the top three spots on AMVC’s Top Twenty List for the month of June!

The Schoolboy and the Thug landed in the #1 spot for the third month in a row.

The Schoolboy and the African earned the #2 spot, which was a nice surprise considering that it didn’t go on sale until the last weekend in June.

And Corrupting Cortez came in at #3, still not breaking even on the foolish amount of money I spent on that video but at least it’s a modest success!

To all of you who have purchased my DVD’s, I want to say a warm, enthusiastic THANK YOU! Every one of my movies that you add to your DVD collection or watch in my Online Theater gives me a little additional spending money to invest in more videos starring hot black boys like Shyne, Dragon, Eureka, DJ, Cortez, etc., as well as new boys I’ve yet to film! Your encouragement and support means the world to me!

I also appreciate all the comments left on the blog while I was out of town, and I’ll try my best to reply to most of them in the next few days!

Two Rednecks and A Black Guy Are Together In A Room…. 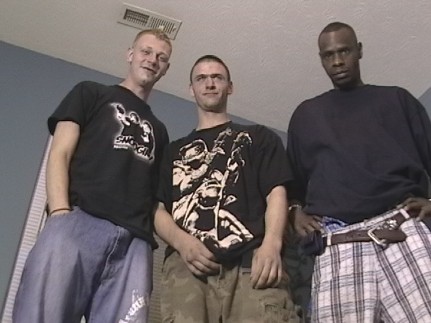 ….Sounds like the beginning of an offensive joke, I know, but hear me out….

Joe Schmoe is one of my favorite fellow producers over at AMVC.

A lot of guys assume that because I started a company called Black Boy Addictionz, that means I’m ONLY attracted to black males, but that’s not the case at all. In fact, I’ve always had a thing for cute young rednecks, country-boys and “trailer park” types like the guys in Joe Schmoe’s videos. It’s really not all that different from my attraction to “thugs”….sometimes crossing class lines can be just as exciting as breaking down racial divisions.

Now I normally wouldn’t post a recommendation for a film I haven’t seen yet, but Joe’s latest release looks so damn hot and I have a feeling that a lot of the blog readers who enjoy my interracial scenes might want to check it out.

It’s called Dirty Old Men Start Out As Dirty Young Men (gotta love the creativity of his titles!), and it just went on sale today. Here’s part of the official description and a couple screenshot previews:

An open-minded str8(?) skaterboy, a barely legal redneck teenboy, a black ex-con who craves white cock on the DL, all ”meat” up for some amateur southern style cock suckin, cig smokin’, jerkin and more at Joe’s Place. New comer Jay is a quiet, but eager as he takes his first steps to becoming a dirty young man. As usual, its as amateur as it gets…and then some. -Joe

Nimrod brought his 18 yr old skatebuddy Jay over to make a vid. They’ve never seen each others dicks before or messed around. Jay just turned 18 less than a month ago and says that he’s bi…you can tell he’s very curious. Black ex-con Dee LOVES young white cock. Even though he is engaged, he couldn’t resist the chance to get a hold of some teen redneck dick. He reminds me of Dave Chapelle.

The teens get a look of Dee’s monster cock and can’t resist tasting it for themselves. They each take turns sucking some black cock…and of course Dee almost sucks the nuts right off both them boys. Nimrod gives Dee a redneck facial, Dee nuts on the floor, and Jay strokes one out by himself after Nimrod and Dee finish. 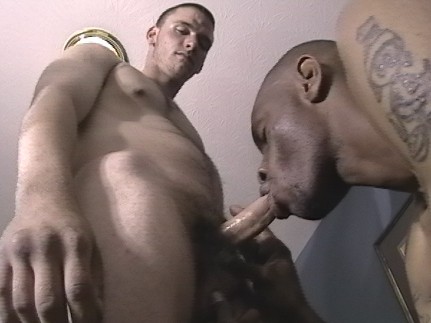 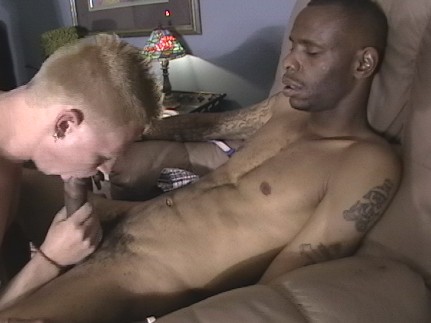 You can also check out most of Joe’s other flicks right here in my Online Theater.