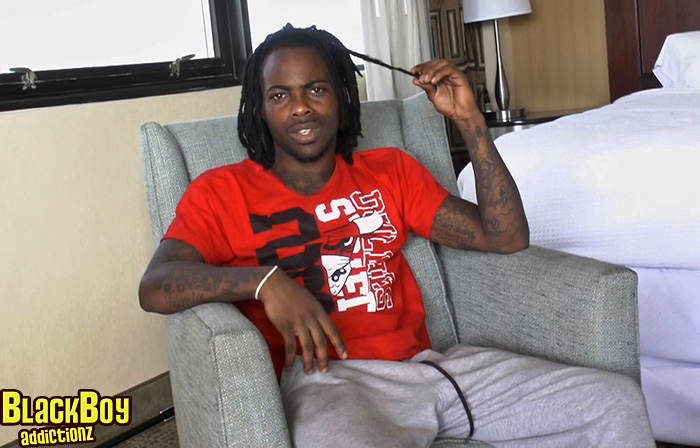 Trapp seemed a bit overwhelmed after his first time with a guy, and I’m sure the fact that it had been with one of his closest friends didn’t make things any easier for him. He even tells us near the start of this scene that due to the awkwardness and stress of that whole situation, he and Scotty actually avoided each other for almost a full month after that shoot! 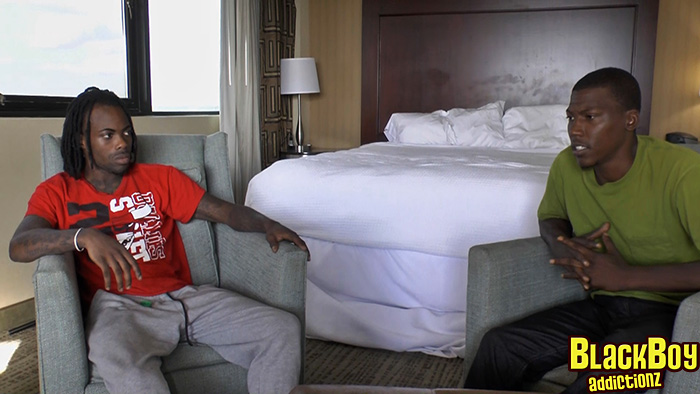 After a brief interview in which Trapp shares his honest reactions to that first encounter and listens to some helpful advice from his veteran trainer, we decide to try something a little bit different and kick things off with some naked wrestling (with baby oil this time). 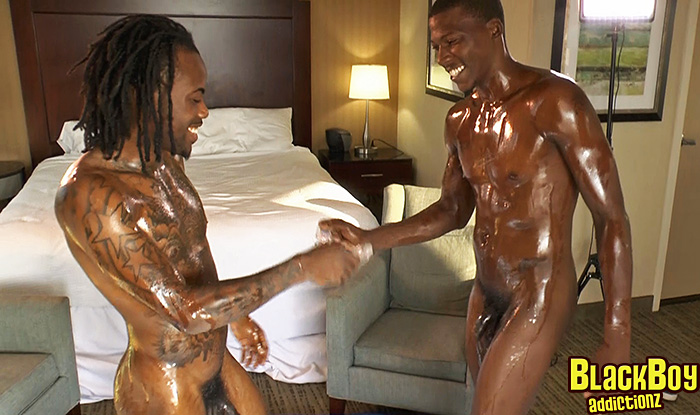 But when they finally begin wrestling and rolling around naked together on the floor, something between them suddenly “clicks” and we’re treated to some of the most intensely passionate and surprisingly steamy action between “straight” guys that I’ve ever filmed!

I nearly had to turn off the camera and take a cold shower before continuing with the shoot 😉 ! 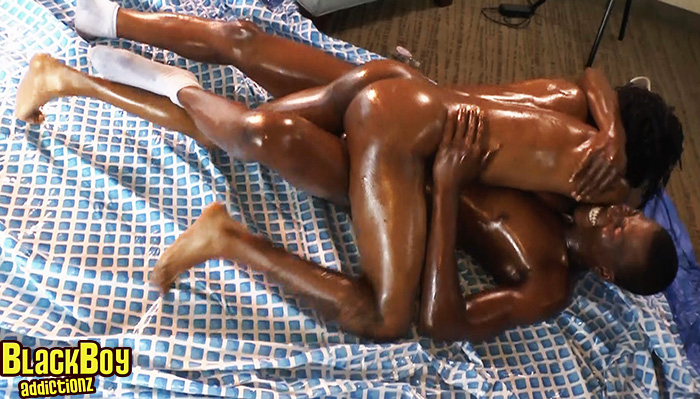 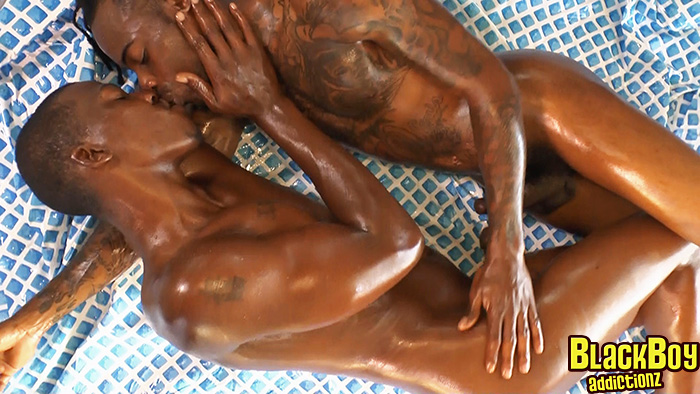