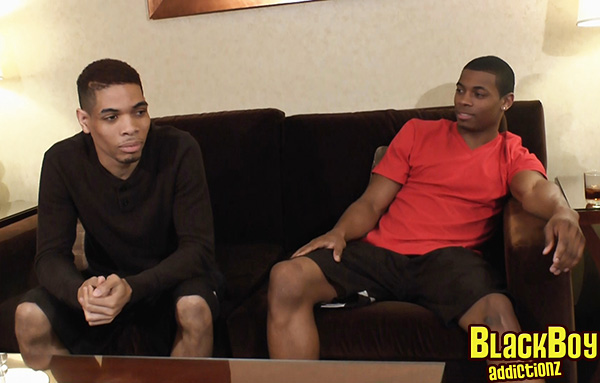 This scene will be a special treat for those viewers who enjoy watching straight ex-military men in guy-on-guy action.

I had already asked Mello to participate in Apollo’s much-anticipated second scene with a guy when I remembered that he’d spent a year in the Navy before pursuing his boxing career. This provided a welcome “ice-breaker” for the nervous co-stars, and shortly after meeting for the very first time, Apollo and Mello sit around swapping stories about their time in the service, including an entertaining discussion about the stereotypes and rivalry between the Army and Navy.

Things take an interesting turn when Apollo challenges Mello to a friendly competition to see how the ex-Navy man measures up to the Army’s physical standards.

Rippling muscles are on full display as these sexy ex-soldiers compete to see who can do the most pushups and situps. The air thick with sweat and sexual tension, Apollo and Mello compliment and admire each others’ athletic bodies, eventually leading to some tentative touching…. 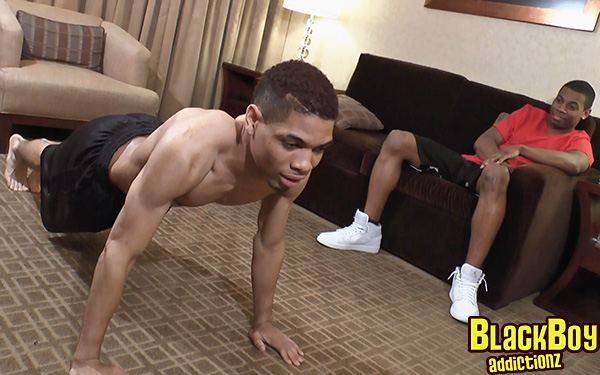 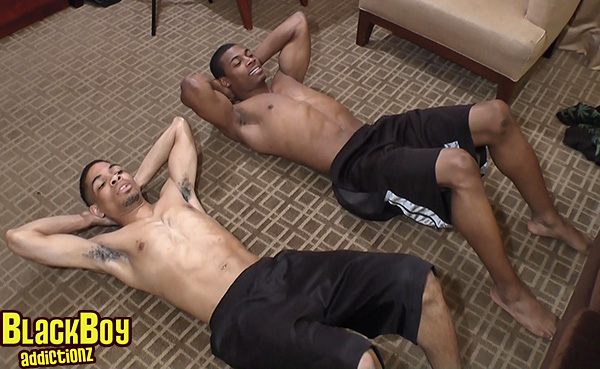 Apollo invites Mello to join him in the shower, where they continue exploring and admiring each others’ sculpted young bodies.