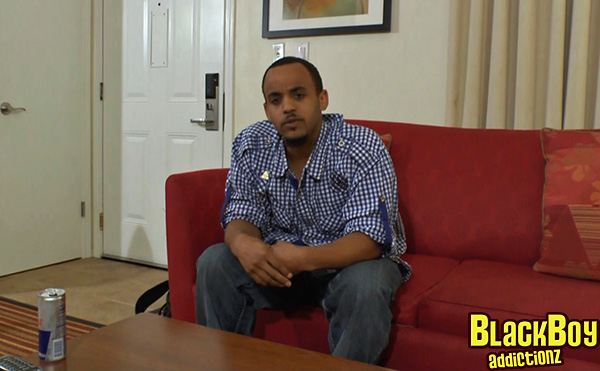 Not a week goes by that I don’t hear from viewers asking if Rico will ever return. And until a few days ago, the answer has always been an almost definite “no.” Not long after he participated in the BBA Christmas Party back in 2012, Rico got married and moved to a different city, and even though we’ve stayed in touch off and on for the past three years, the chances of him ever coming back seemed extremely unlikely.

Unlike a lot of the models who do a few scenes and then never return for whatever reason, Rico has maintained a surprisingly strong and vocal fan following over the years, especially with viewers who prefer their black men with a little more meat on their bones.

So when Rico recently contacted me completely out of the blue, telling me that he was in some financial trouble and asking if I had any work, I knew I had to seize this potentially brief window of opportunity to work with him again! 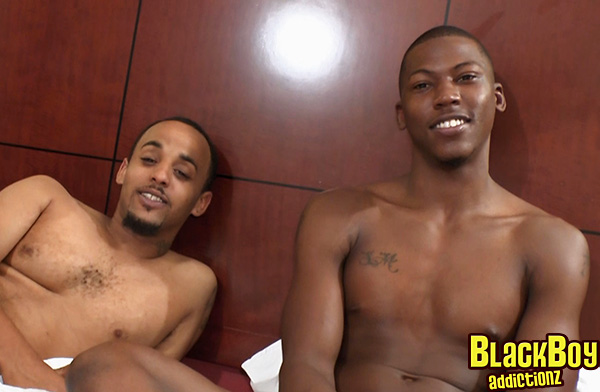 For Rico’s long-awaited “comeback” scene, I decided to reunite him with Saint for the very first time since they met at the BBA Christmas Party almost THREE YEARS AGO. Since their interactions were somewhat limited that night, I couldn’t wait to see these two pick up where they left off and finish what they started back then.

There’s close to a FULL HOUR of shocking, stroke-worthy action that includes tongue-kissing, dick-sucking, and ass-eating, plus Rico bravely trying to TAKE DICK again for only the second time in his life – and this time without a condom!
END_OF_DOCUMENT_TOKEN_TO_BE_REPLACED