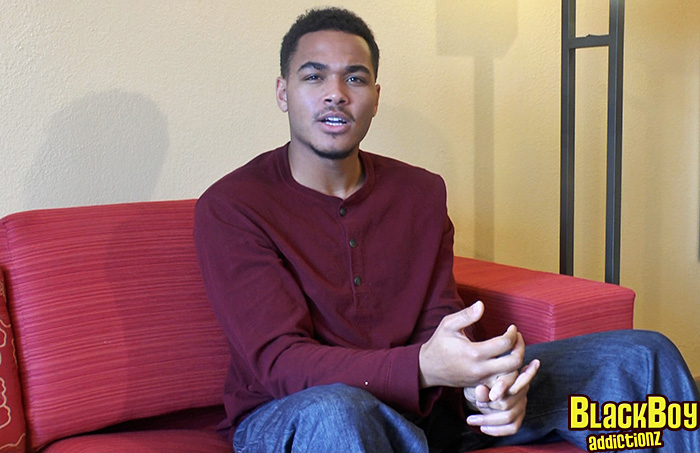 We’re officially kicking off the new year with this introduction to the first of several promising new straight guys I’ve been pursuing lately.

Julien is an All-American college student and athlete who played basketball and football in high school and recently started competing as an amateur MMA (Mixed Martial Arts) fighter. He also enjoys playing the guitar, lifting weights, and skateboarding when he isn’t chasing after pussy every chance he gets.

I’ve been communicating with Julien back and forth for several months, and it took a lot of persuading before he’d even agree to this solo “audition.” He was skeptical about having a man behind the camera, and said he’d feel more comfortable with a female in the room. But needing a fast and easy way to earn some quick cash and help pay his bills, this cocky, light-skinned “college boy” finally agreed to take off his clothes and share his beefy young body with the world for the VERY FIRST TIME! 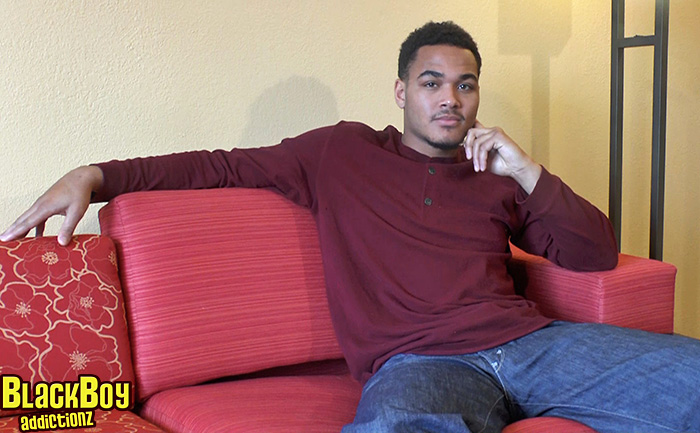 Julien’s “audition” begins with an in-depth interview to get better acquainted with our newest straight model shortly after meeting him for the very first time.

In a deep, sexy voice, Julien tells a funny story about losing his virginity in an alley behind his school before football practice when he was just a freshman in high school, and estimates that he’s fucked AT LEAST *100* women of all races, shapes, and sizes since then! He also confesses to having a kinky, rough, and dominant side in the bedroom.

Julien turns out to be one of the most visibly tense and uncomfortable straight guys I’ve filmed in awhile, and getting naked with a man behind the camera was a MAJOR step for this sexy MMA fighter.

“I’ll get through it,” he nervously shrugs as the moment of truth quickly approaches. “I’ve made it through worse!” 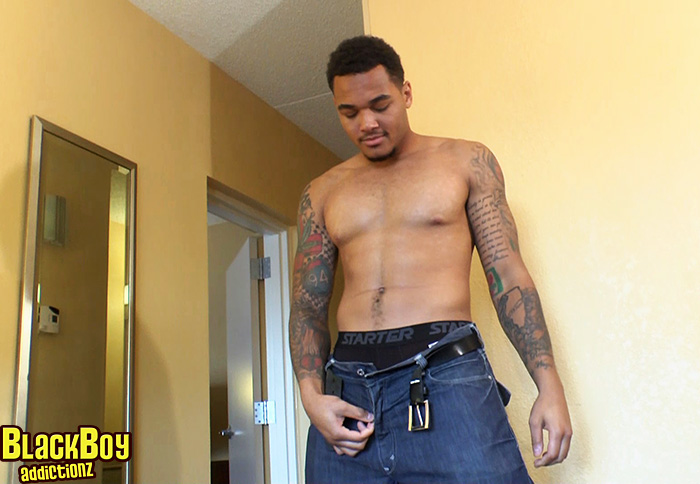 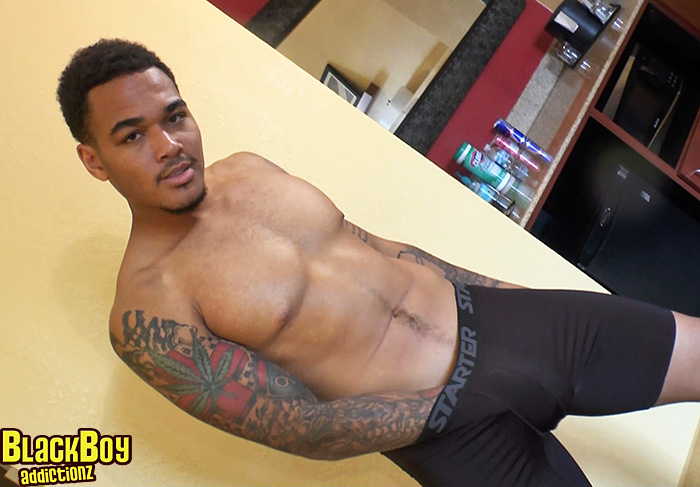 Standing at 6’3″ and weighing 200 pounds, Julien slowly takes off his clothes to reveal a stocky but athletic body that will be a special treat for those of you who prefer your black guys with a little more meat on their bones! His strong arms are thoroughly covered with tattoos and he has a thick, juicy ass that he says gets a lot of compliments from the ladies (and no doubt grabs the attention of a few males as well).

If you’re currently a BBA member and/or already have BBA credits, click here to get better acquainted with our newest straight athlete any time you’d like!