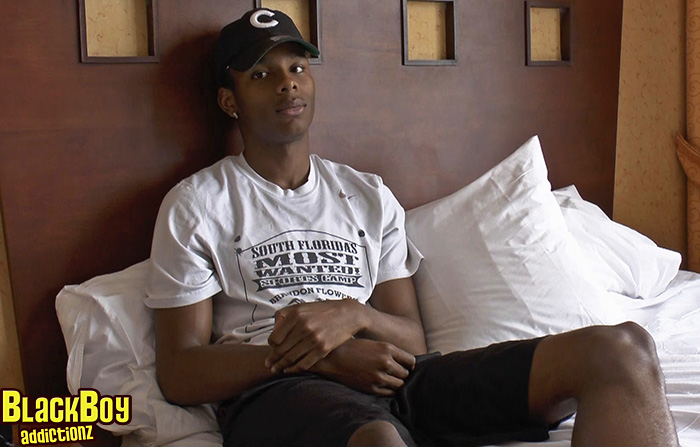 Here at BBA, we’re thankful for many things this holiday weekend. And right near the very top of our list would be sexy straight black boys like Leon who are willing – when the money’s right! – to shed their clothes and show off EVERY NAKED INCH of their tempting teen bodies for the VERY FIRST TIME!

Leon is a quiet, laid-back 19-year-old with a slim, athletic body who looks and sounds like he could be the rapper Mos Def’s cute baby brother. An aspiring young rapper himself, Leon enjoys playing basketball at the gym but mostly keeps to himself and tries to stay out of trouble.

With his high cheekbones, piercing eyes, and sensual lips, Leon has the kind of hypnotic good looks that make you immediately want to see what’s under his clothes. He’s the type of strikingly handsome straight black boy you might see riding the subway or playing basketball at the gym with his friends, but never in a million years expect to see doing something like this…. 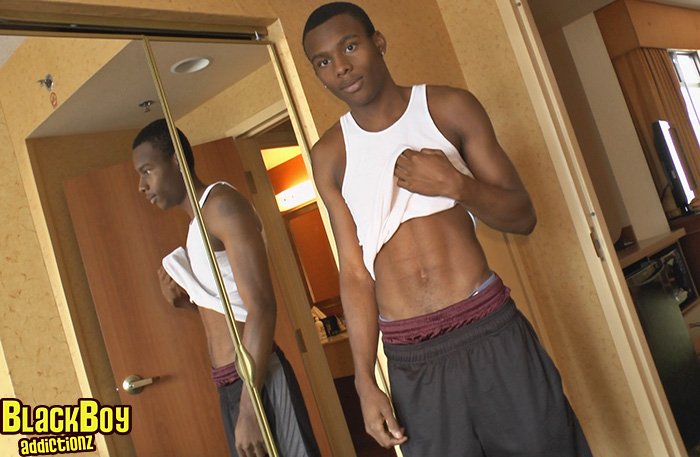 Not that there haven’t been plenty of gay guys who’ve tried! Even though Leon makes it painfully clear from the start that he’s STRAIGHT – “It gets no better than pussy!” – he also tells us that he’s caught several guys posing as girls in an effort to “bait” him into sending them nude pics online.

None have been successful as far as we know, but even when it comes to girls, Leon’s sexual experiences have been surprisingly tame and limited so far. Let’s just say he’s one of the first guys we’ve ever heard claim that eating pussy is the FREAKIEST thing he’s ever done 😉 !

With that in mind, it should come as no surprise that it’s taken several months of stressful persuading before Leon would even agree to this solo “audition.” But needing a way to earn some quick cash to help pay his bills, this former high school basketball player and aspiring young rapper finally agreed to strip out of his clothes and share his sexy young body with the rest of the world…. 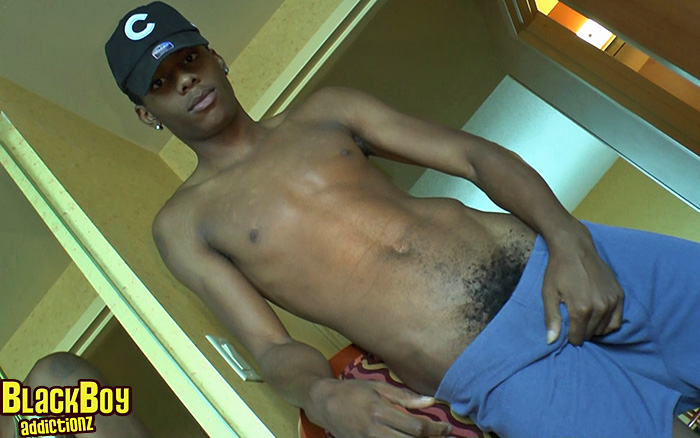 If you’re currently a BBA member and/or already have BBA credits, click here to get better acquainted with this sexy straight black boy any time you’d like! 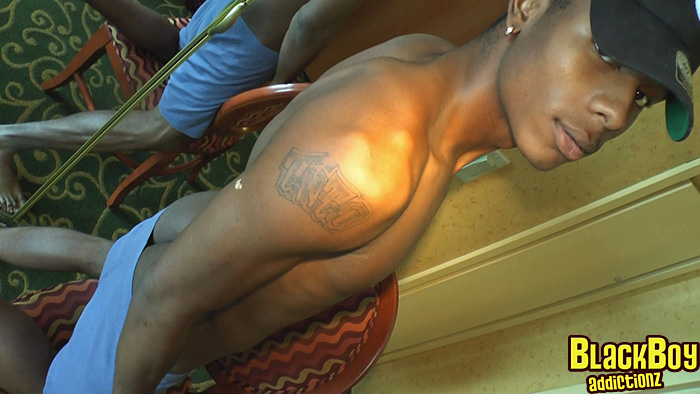