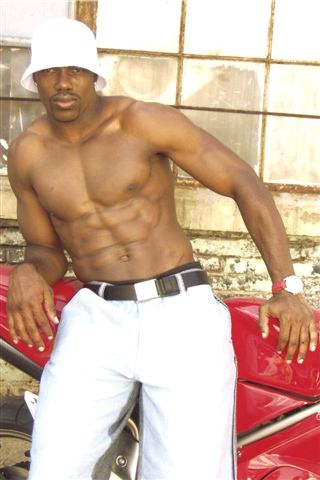 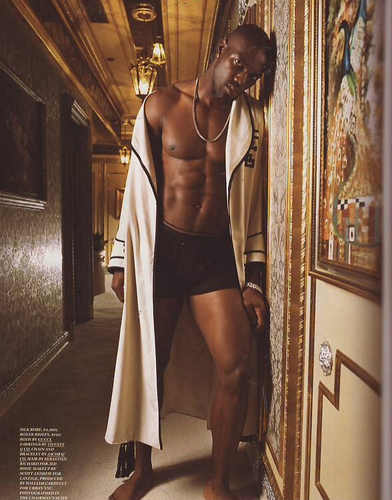 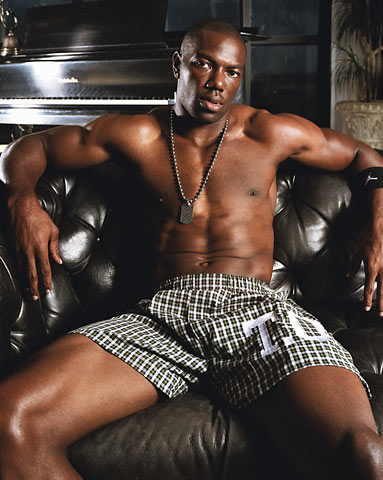 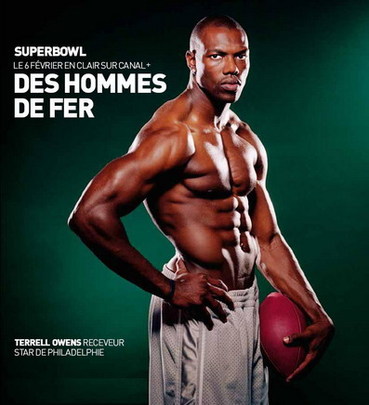 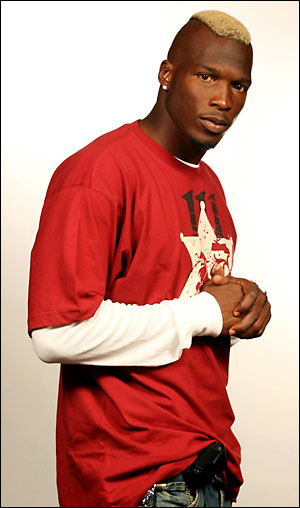 Okay, so I could do without the dyed hair, but anybody who’s seen this guy either on or off the field knows just how sexy he can be!

Let’s start with that face! Young black men rarely get any more strikingly handsome than this, in my opinion. Those deep, intense eyes in particular make my knees go weak and my dick leap to life every time I see him!

Chad Johnson is sort of like the Usain Bolt of the NFL. He’s cocky and playful and always full of energy in a way that is sometimes obnoxious and immature but also disarmingly charming at the same time. He’s got a definite “thug” side to him that is really sexy, and I’d be willing to bet he brings that same confidence and “swagger” to the bedroom!

His face, voice, and personality are the most seductive things about him, but as you can see from the photos below, he’s got a bangin’ body as well…. 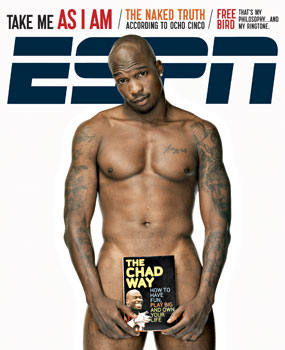 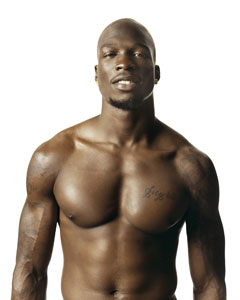 I bet Chad’s packin’ a monster between those legs….

But as you can see from the photo above, he’s also got one of those round, muscled butts that only a black man could have! I’d give just about anything for the chance to explore that beautiful ass with my nose and fingers and tongue….and don’t even get me started on how good it would feel to have the privilege of fucking that tight virgin hole! 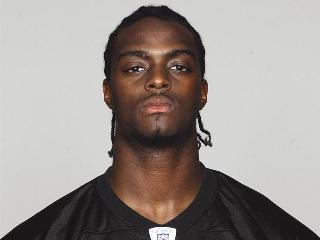 Plaxico is another player who brings a thug-like cockiness and sex appeal to the football field. I’m sure he’s bedded his fair share of females, probably giving each one the fuck of her lifetime!

Still, I can’t help but fantasize about his teammates giving him a taste of his own medicine in the lockerroom shower one day, turning his tight, off-limits asshole into their own sweet piece of “pussy”!

Last season, I used to joke with my friends and more open-minded family members that Plaxico has the best ass in the NFL! I couldn’t find any photos that really do it justice, but you can tell from the pic below that it certainly grabs one’s attention! 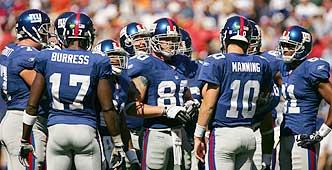 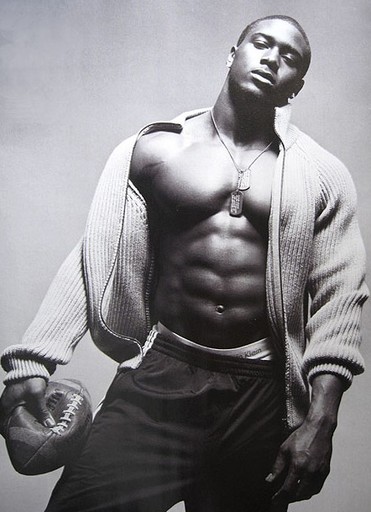 I couldn’t post a tribute to the hottest players in the NFL without mentioning the finest young man of them all! Reggie Bush’s football career may be on the decline, but his striking good looks and sex appeal are still unsurpassed by any NFL player, past or present, in my opinion.

Seriously, Reggie Bush is like a god to me, that’s how stunningly gorgeous I think he is. He could easily land a spot on my list of the ten most beautiful black men on the planet.

Which is sort of surprising, considering his body type is much beefier than I typically find attractive. His face is so breathtakingly handsome, though, and there’s also something sort of cute and boyish about his personality that I think balances out his intimidating muscular build. 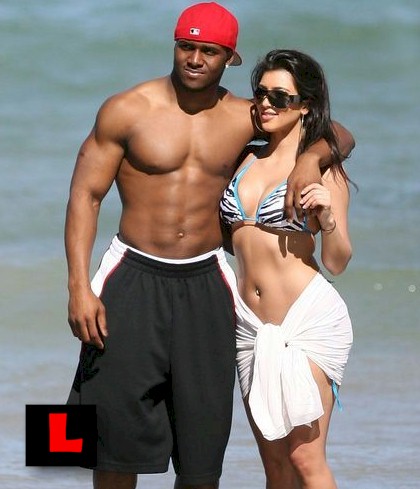 I swear that Kim Kardashian was put on this Earth just to provoke the envy of black-boy-addicted gay guys like me, LOL!

First, she makes that hot sex tape with the fine (and hung!) young rapper Ray J….then she briefly dates another one of my favorite black celebrities, Nick Cannon….and now she’s getting fucked by Reggie Bush every night?!?!? Seriously, no man or woman deserves that much good dick in one lifetime!!!

I mean, damn, just look at that ass in the photo below! I seriously doubt a more perfect butt exists anywhere else on the planet! You can’t help but want to grab a handful of those meaty ass-cheeks, and then dive in between them for the feast of a lifetime!

I can only hope that a sex tape starring Kim and Reggie will come out one of these days!

For my fellow Reggie Bush fans out there, here’s a clip from a GQ photo-shoot he did awhile back where he shows off his flawless body and seduces the viewers with his sexy voice and winning personality! (There’s an annoying ad at the beginning of the clip, but it’s well worth suffering through to get to the good stuff).

3 comments on “Putting The “Fantasy” In “Fantasy Football””