[Note to Readers: The images in this post are NOT “Black Boy Addictionz” models! 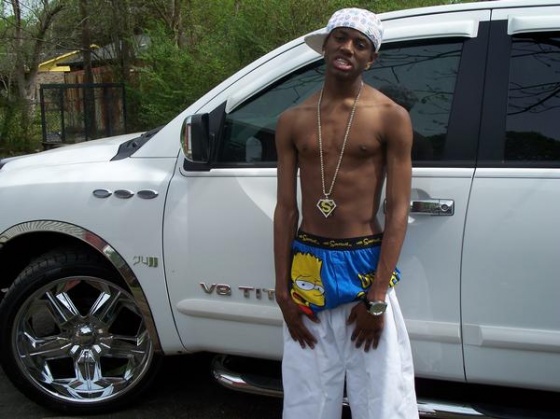 Since I use the term “thug” in the titles of three out of my four DVD’s so far, I thought I’d post a few reflections on what I mean when I use that word to describe one of my models.

I know some guys (usually white) think that if a black guy’s wearing a du-rag and sagging his pants, that automatically makes him a “thug”.

I know other guys who seem to think that a guy has to be built like a body-builder, covered from head to toe with tattoos, and participate in at least one drive-by shooting a day before he can earn his “thug” credentials!

I think my own definition of a “thug” falls somewhere in the middle of those two extremes.

Some of my models have already been to prison at least half a dozen times. That fact, plus their cocky attitude and laid-back “swagger” make them definite “thugs” in my book.

Of course there are a lot of young black guys who like to CALL themselves “thugs,” but for them it’s more about a kind of attitude and lifestyle-choice than it is about any actual violent or criminal activity. For them it’s more about the hip-hop fashions (sagging jeans, “grills” in their mouths, “Timbs” on their feet, chains hanging low around their necks, etc.) and a “hood” mentality that celebrates greed and ego, along with values such as “staying fresh,” “money over bitches,” “no snitching,” etc., etc.
I’d place Shyne (Breakin’ In A Young Thug) closer to this category. He proudly and repeatedly insists that he’s a “thug,” a “G,” but for him I think it’s more about a sensibility, a lifestyle, than anything truly dangerous or criminal. Although he does come from the “hood,” and I know he spent close to a year in prison a couple years ago for charges that were later dropped, so it’s at least a little bit more than just talk.
Here are a few “thug” pics I like, collected from various places on the web: 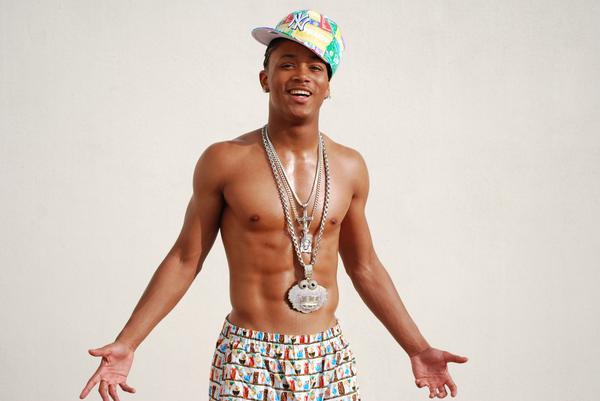 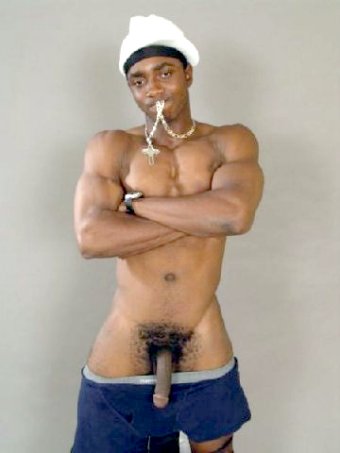 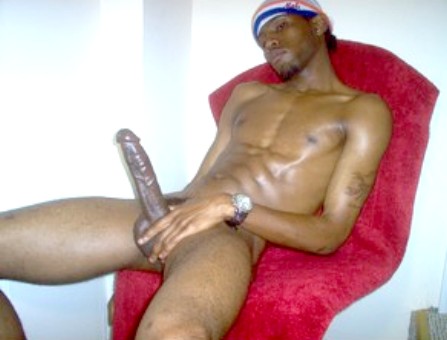 People will always disagree on what truly makes a guy a “thug.”

Some readers/customers have already expressed wishes for me to film scenes with models a little more rough-looking and “hard” and threatening than the models I’ve featured so far, and I’ll do my best to satisfy those requests.

I promise that I’ll never do anything fake or insulting like that, EVER! When I describe one of my models as a thug, I’ll always have an honest justification for it. For example, neither Michael (Black Boys Who Crave White Cock) nor Dragon are “thugs,” and I’d never think of describing them as such.

This entry was posted in More About The Models, Turn-Ons and Fantasies and tagged in models, thug.