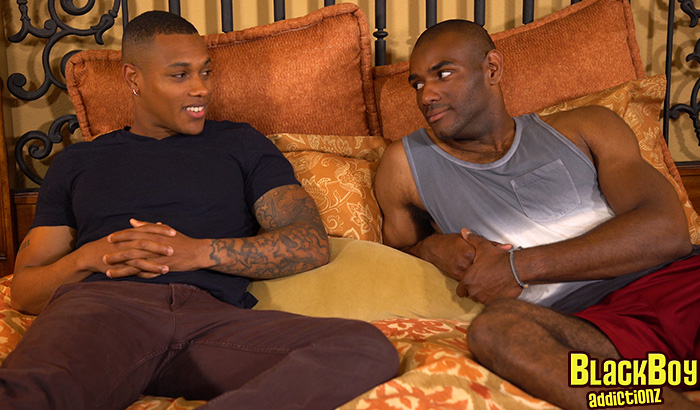 This weekend we have a special DOUBLE surprise in store for our viewers: Dominic‘s very first experience with a guy, AND Justice finally taking things to the NEXT LEVEL by sucking dick on camera for the very first time!

Dominic initially told us that he was only open to doing solo and guy⁄girl scenes. But after a little bit of back and forth, we eventually persuaded the skeptical straight boy to give our MUCH better-compensated “gay for pay” option a try 😉 .

As a devious twist, we decided that it would not only be fun but also long overdue to have Justice take on the more SUBMISSIVE role for a change, seducing our newest straight recruit and showing him what messing around with a guy’s all about…. 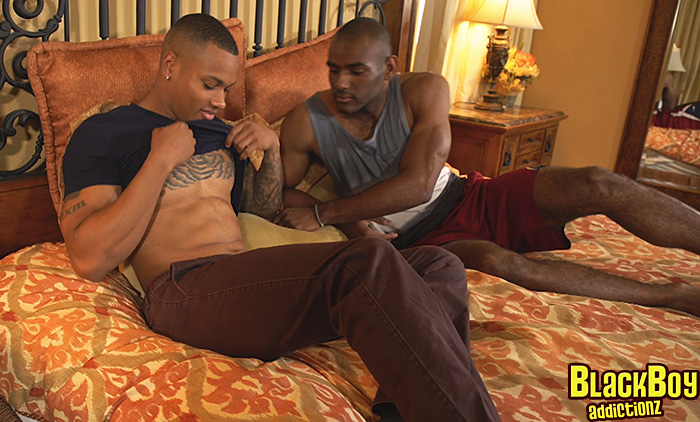 “I’ve never been with a dude!” Dominic nervously insists at the start of this scene. “But I’m very open-minded, so who knows what can happen!”

It’s not every day you get to witness a straight black male’s first experimentation with guy-on-guy sex – especially one as irresistibly sexy as Dominic!

Taking a seat next to the visibly uncertain straight jock, Justice begins tentatively touching Dominic’s smooth, sculpted chest and rippling abs. He slowly unbuttons Dominic’s shorts and begins groping Dominic’s beautiful dick, eventually pulling it out and putting it in his mouth…. 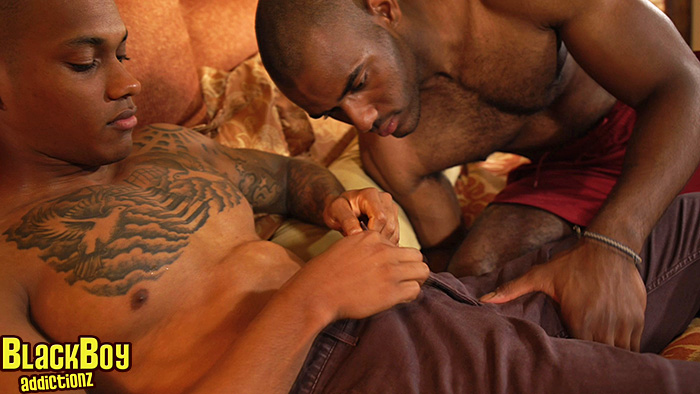 Viewers looking for hardcore fucking from Dominic will not find it here in this scene. Unfortunately, he wasn’t quite ready for that just yet (and neither was Justice). 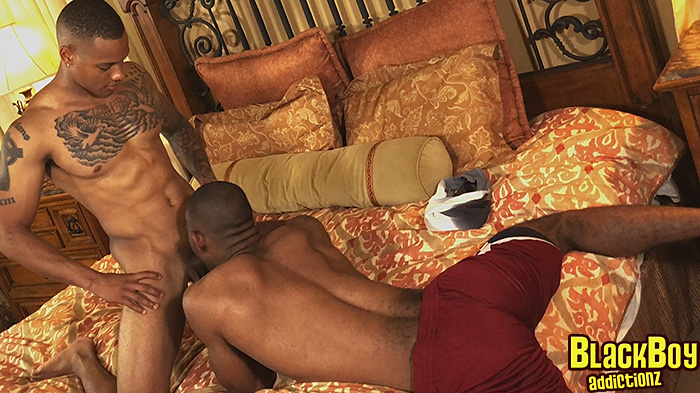 If you’re currently a BBA member and/or already have BBA credits, click here to enjoy Dominic’s first time any time you’d like! 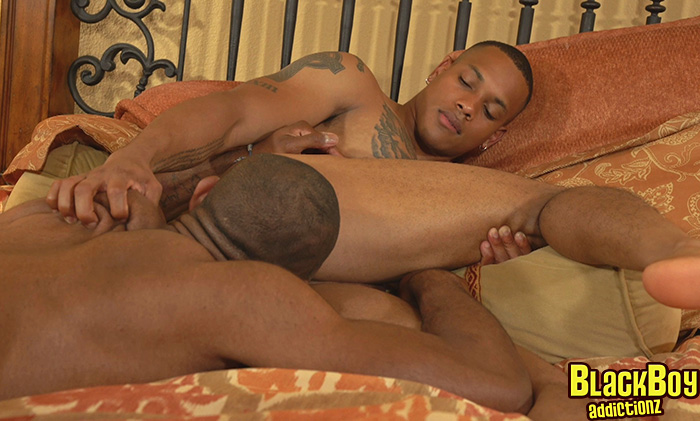