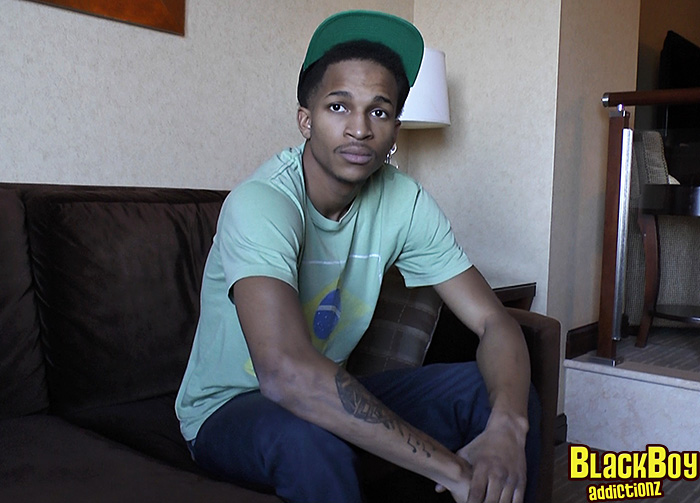 This latest addition to our growing Spring roster of new talent is a strikingly handsome and irresistibly sexy straight guy named Bandit who enjoys smoking weed, going out to clubs, and fucking thick girls whenever he can. He’s extremely quiet and laid-back most of the time, but confesses that he sometimes has a wild “Hulk” side (especially when alcohol is involved).

With his high cheekbones, piercing eyes, and pretty lips, Bandit has the kind of hypnotic good looks that make him EXTREMELY popular with the ladies. Well, that and the BASEBALL BAT swinging between this stud’s skinny legs 😉 !

Bandit tells us that his model alias is short for “Big Dick Bandit,” a nickname given to him by a lucky ex-girlfriend who, like most of the women he’s been with, was shocked and impressed by the size of his manhood.

“I steal everybody’s girl!” he brags with a seductive smile and cute, nervous laugh. 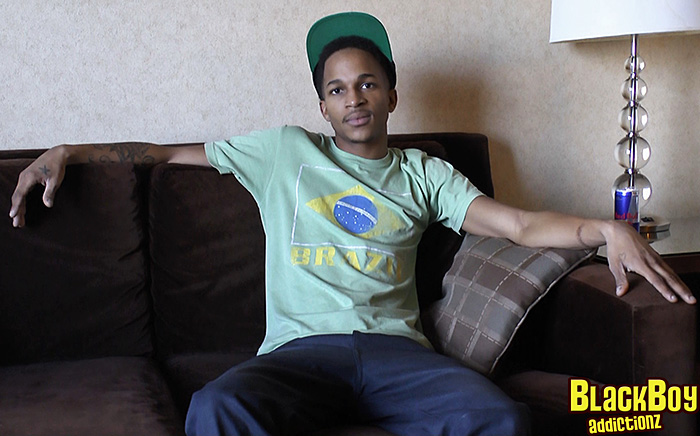 Coming to us straight out of the ‘hood of one of the Midwest’s roughest cities, Bandit is hardly the type of guy you’d expect to see doing something like this under normal circumstances. He tells us that he’s straight with a young daughter back at home that he’s trying his best to support, but lately he’s been out of work and in urgent need of quick cash.

This is how he ended up getting referred to us by a friend (and long-time BBA fan) who told him that we were looking for new models and might be able to help. I have a feeling that his friend had an ulterior motive, but if you had a straight buddy who looked like Bandit, wouldn’t you?!? Let’s just say that once I saw Bandit’s pics, I was MORE than happy to help out another “down on his luck” straight black boy 😛 !

Enjoy a front-row seat for Bandit’s exclusive solo debut as he introduces himself to BBA’s viewers and reveals the prized package that inspired his nickname to the rest of the world for the VERY FIRST TIME! 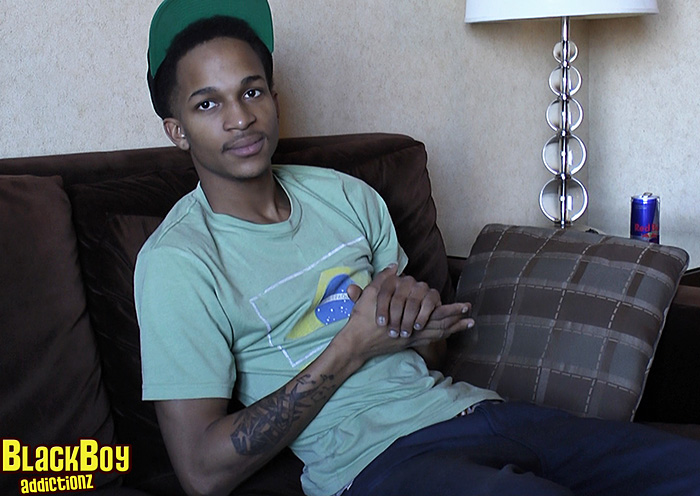 Bandit’s “audition” begins with an in-depth interview to get better acquainted with our newest straight recruit shortly after meeting him for the very first time.

After Bandit’s quiet but intriguing interview, it’s finally time for us to get to know this sexy stoner even BETTER and finally see what he’s hiding under his clothes…. 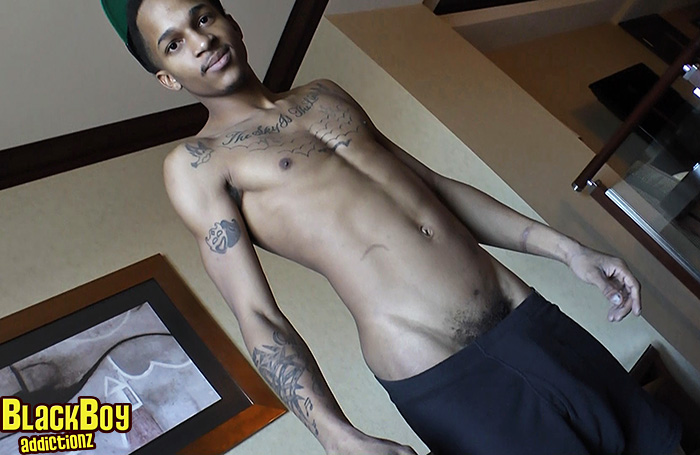 Reminding me a lot of Isaiah when he first started out, Bandit is understandably tense and nervous about getting naked in front of my camera with a predominantly gay audience watching. There are several times during his audition when Bandit seems almost dazed and overwhelmed by the fact that he’s actually doing it.

But beneath the nervous laughter and occasional looks of “deer in the headlights” disbelief, a quiet but sexy personality still manages to shine through. And most importantly, the clothes DO finally come off to reveal a slim, tattoo-covered body that includes rippling abs, a high and tight muscle-butt, and one of the BIGGEST DICKS featured on BBA since Migo and Tay! 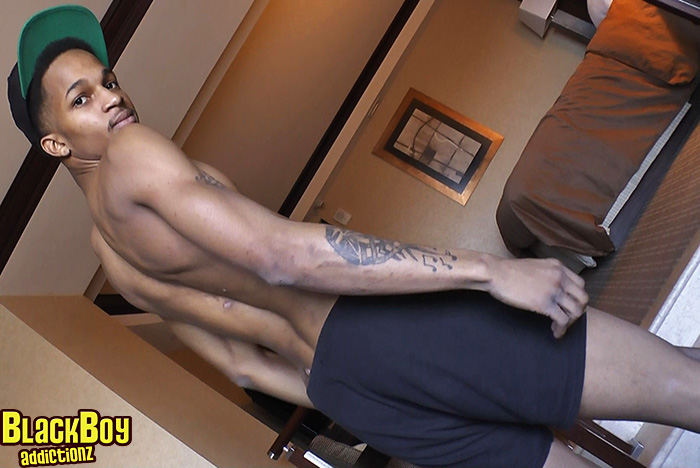 If you’re currently a BBA member and/or already have BBA credits, click here to get better acquainted with Bandit any time you’d like!