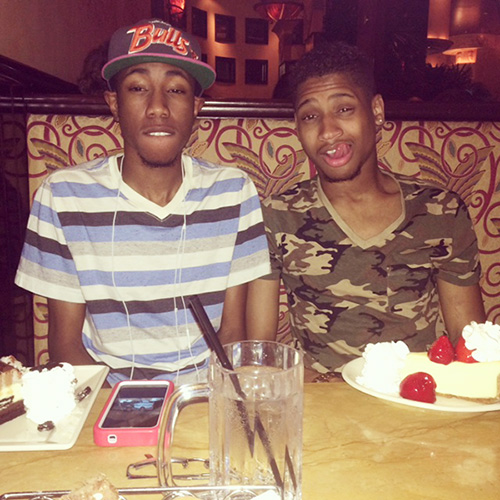 Guess who finally came back to town for another visit?

It was fun getting to know both guys a little better and enjoying their company apart from the more limited and sometimes stressful environment of a video-shoot. Random observations/recollections from the night:

Like a lot of guys his age, Tay stays glued to his phone and you practically have to snatch it out of his hands if you want to have an actual conversation. But the funny thing is that once you get him going, he’s surprisingly talkative!

(Let’s just say that sometimes the best scenes are the ones that aren’t planned!)

This entry was posted in Behind the Scenes, More About The Models, News and Announcements and tagged in black boys, Cory, dirty old man, light-skinned, Michael Galletta, models, reunion, schoolboy, Tay, twink, young.

« Website Update: Always Up For A Challenge
Michael In The Movies »